HomeBlogMicrosoftWhat Is The Role Of VBA In Excel?

What Is The Role Of VBA In Excel?

VBA, which stands for Visual Basic for Applications, is a programming language developed by Microsoft — you know, most of the company runs by the vba Excel, includes the VBA is the tool that people use to develop programme to controls flow of the excel also to connect forms with Excel vba make back end to front end connectivity you can also use vba to make thing automatic

You’re can use vba for doing different tasks. Here are just a few examples:

For example, you want to create VBA program to format and print your month-end sales report. After developing and testing the program, you can execute the macro with a single command, causing Excel to automatically called procedure

Here are some example of real use of excel VBA macro

You can perform automatic task easily 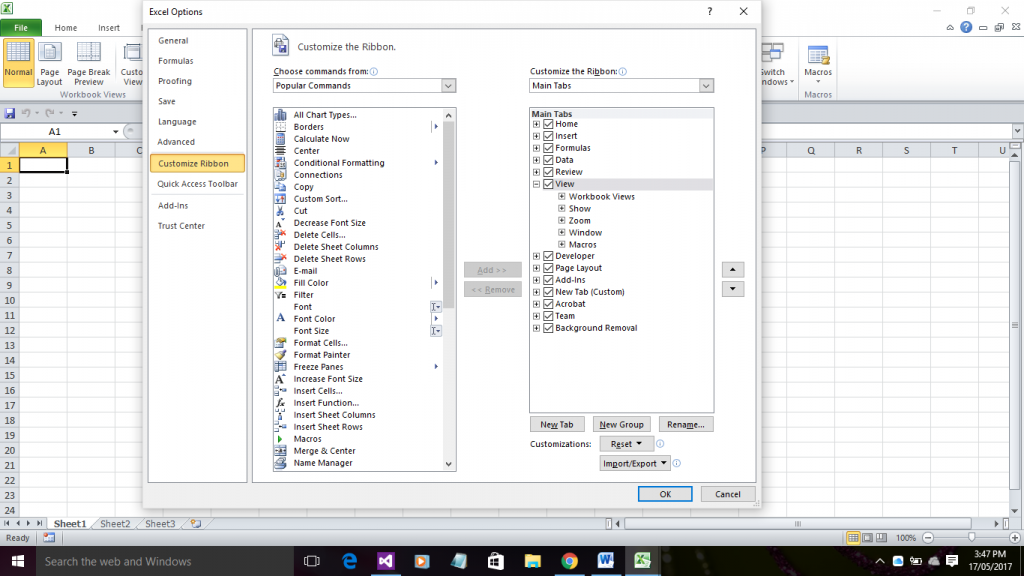 Go to office button and then customize ribbon new tab

how can we help you?
Contact us at the SSDN Education office nearest to you or submit an inquiry online.
contacts